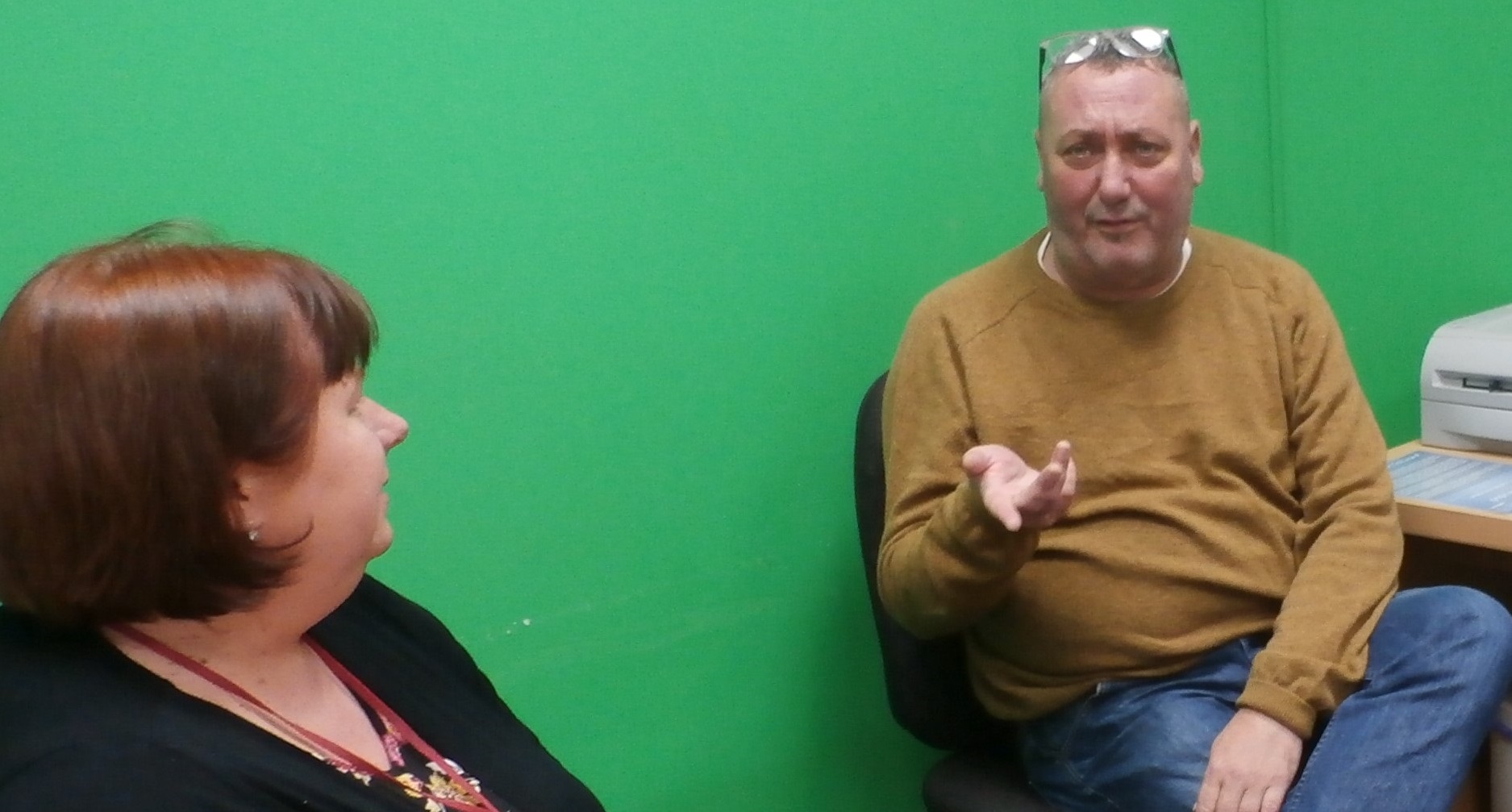 Innes is in his early 50s, used to work in the Oil and Gas industry before training to fly drones commercially. In August 2018, as he was about to return to college to gain a qualification in IT when he was diagnosed with a rare condition called Ocular Myasthenia Gravis (OMG).

Initially, Innes visited his optician, who referred him to the hospital, where he visited as an outpatient over the weekend. “I was very fortunate to get a quick diagnosis by the Tuesday, as the Consultant there knew about the condition and diagnosed it within 5 minutes. It can often take 1-2 years for a diagnosis”.

Ocular Myasthenia Gravis is a lifelong autoimmune condition that can be managed by taking regular medication to control the drooping of the eyelid and steroids to control the double vision. Both medications cause horrible side effects, including bloating, weight gain, sleeplessness, stomach cramps and diarrhoea. The condition also causes fatigue, which in turn worsens Innes’s vision.

“I used to be very active, but now I just walk and I get fatigued with that. Pacing yourself is absolutely critical to everything I do every day,” he goes on to explain.

The last year has been a difficult for Innes, with lots of hospital appointments. “My confidence was shattered, I couldn’t leave the flat, I was falling going up and down the two flights of stairs to my flat – you’re very isolated.”

Eventually, Innes pushed the hospital to find out if there was any support available. He was eventually put in touch with NESS’s Hospital Information Officer, who referred him to NESS (North East Sensory Service).

“Once I was in contact with NESS, things started to happen. What NESS did was amazing. I didn’t know what help I could get. I was living on £65 a week unemployment benefit and not being able to work because of the vision and because of getting fatigued”.

With the support of his social worker at NESS, Innes successfully applied for Personal Independence Payment (PIP) and appropriate unemployment benefits.

“Maz came along and supported me at each of the interviews, which gave me the confidence to say what I needed to.”

Getting the benefits made a huge difference to Innes, who had been living on virtually nothing. “It took the pressure off and meant I could function properly like being able to eat and to pay bills. When Maz and NESS came along the stress factor which was way up, balanced out and became normal stress that I could take care of.”

Maz also helped Innes to move to a more suitable home that was more spacious with better lighting, and on the first floor. This made it easier and safer for him particularly when his condition flares up and worsens his vision again.

Innes also got support from the Rehabilitation for Visual Impairment Worker (Rehab Worker). Innes declined the initial suggestion of using a white cane to let other people know he didn’t see very well, but now thinks this is something he may look into, if and when his vision relapses again.

“You want to keep going, you want to function, you don’t want to get hidden away and just forgotten…the isolation is the worst thing,” he says.

With the support from the Rehab Worker, he learned some useful tips to help him cope when out and about, such as using the revolving cone at pedestrian crossings to tell him when the green man was on and finding the tactile paving that helps you identify crossing points. With the advice of the Rehab Worker, Innes also identified safer routes to take to get to the places he went to regularly which reduced the risk of tripping and falling.

“That information helped me when going out and about. It’s just common-sense things that you don’t think about.”

Innes also met with the ICT (Information Communication Technology) Officer and was made aware of the assistive technology that was available. He learned to use an app that helps you identify objects in the environment and reads bar codes. Innes also met with the Employment Officer who helped him look at different options, including revisiting the College to find out about picking up the course he had been unable to start.

“NESS helped me get back on my feet, I was ready to give up. Coming from a mannie who did things, to a mannie who can’t do things and who doesn’t particularly like asking for help, that’s quite difficult.”

Innes found that talking about what was going on while he was meeting with NESS staff helped him get things off his chest, which helped him to gain confidence. He is now in a position where he feels he can start looking forward and plans to return to college part time to do the courses he had signed up for last year.

“I want to talk about what happened, to promote all of this. I feel like sharing my experience will help with the isolation, and help people know about the condition.”

Innes has also been in contact with an organisation Myaware, which supports people who have Myasthenia Gravis, and has found the information and support they provide very helpful.

Image for Help us to Raise Awareness

Help us to Raise Awareness