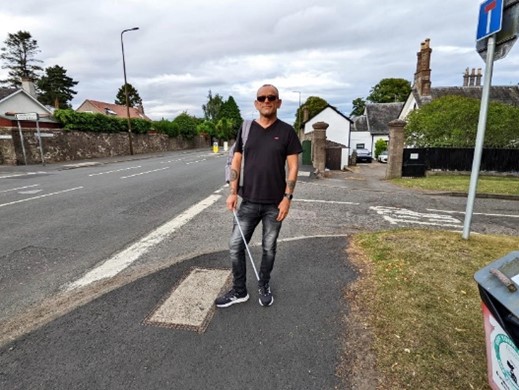 Learning to Use a Symbol Cane

Home News Learning to Use a Symbol Cane

John Dunn shares his experiences of learning to accept the use of his symbol cane. John is completely blind in his left eye due to an injury he sustained when he was 14, and has had countless issues with his right eye which have also caused vision loss. This meant that John had an artificial lens inserted, which
later dislocated, with surgery being ruled out due to a high risk of complications. John was eventually registered sight impaired in January 2021. He says, “This came as a big shock and adaptation to my life”.

To compensate for having no lens, John wears very high magnification glasses. “These come with all sorts of complications”, says John, “including depth perception, balance issues, and a lack of peripheral vision. This means it’s really difficult for me to see while doing day to day things. Getting around safely is more difficult, as I bump into things that I don’t see, and I have difficulty seeing for example when going up and down stairs”.

John first got his symbol cane when it was posted to him from the Eye Clinic Liaison Officer, Nina MacIntosh at Ninewells Hospital. The symbol cane is a small, fold-away cane used as
a symbol to let people know that you don’t see well, and that they should give you some space.
John explains further, “It sat in my bag for around 14 months. I was embarrassed at the thought of using it, I didn’t want to be identified as someone sight impaired, so in shock and denial I struggled on. Going out, especially where there were people, was really difficult and stressful, so much so I avoided
busy places. My world was getting smaller by the day. I started doing some research about using the symbol cane, seeing how others had benefited from it. Eventually, I reached a tipping point where I realised that my life was very limited because I wasn’t using the cane, and I decided it would be useful for me to start using it. It took me some time to get to that level of acceptance”. “Now, I use my symbol cane whenever I feel it will be of benefit to me. It’s always in my bag if I need it. I use it whenever I get on public transport, in shops, and cafes. I use it when I go to music gigs to get through crowds safely. My cane gives me a feeling of being in a safety bubble. People can see it and give me space. What worked for me was trying it, slowly at first, taking my time to get used to it and to recognise the benefits when I was using it. I think it’s important not to put pressure on yourself and to be good to yourself as you try it
out”.
NESS has supported John for some time, helping him to sort out his benefits and housing needs. “Speaking to someone who understands the issues you face is a massive help. I’ve mostly spoken with a social worker and the employment officer. Their expertise helped me get through some troubled
times”.

Thanks to John for sharing his experiences. 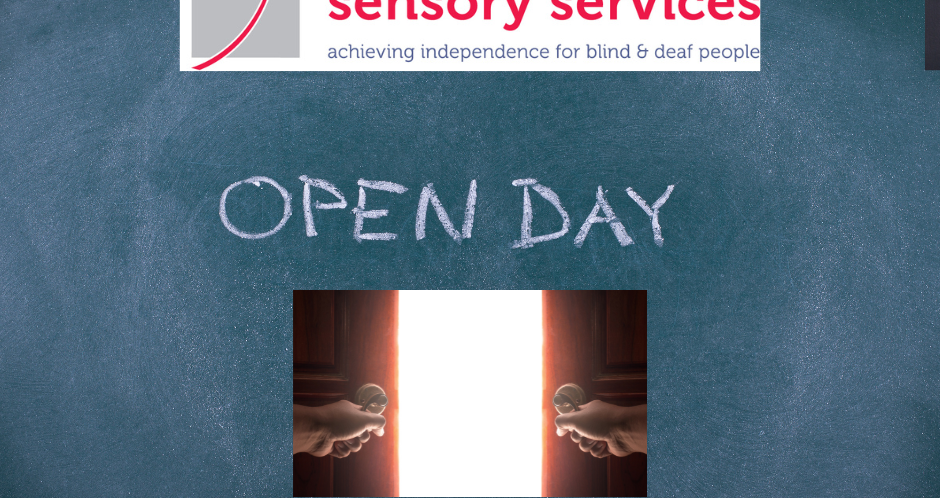 Image for Come along to a NESS Open Day

Come along to a NESS Open Day